The adventure continues when Abby and Derick begin second semester at Cragbridge Hall, the most prestigious secondary school in the world. But when Grandpa Cragbridge admits them to the Council of Keys--a secret group of people who have keys to travel back in time--strange things begin to happen. One by one, members are found unconscious and unable to wake, their keys stolen. Now Abby and Derick must scramble to figure out who is behind the attacks before they become the next victims, which would give their enemy the power to change the past forever. A page-turning, time-travel adventure that teaches powerful lessons about choice and consequence, believing you can do hard things, and valuing history

I love this series! Cragbridge Hall is a great way to introduce your school aged children to historic events, futuristic time travel fantasy and valuable lessons about character.

In book two, The Avatar Battle, Abby and Derrick, brother and sister team are at it again. Trying to get through a very challenging curriculuum at an exclusive school for only the smartest of the smart, while battling Muns, evil mastermind who wants to change history. With scenes from the Civil War, the burning of the Hindenberg, and futuristic giraffe fights there is plenty of action packed adventure. Chad’s characters with a sense of humor are sure to keep both children and adults turning pages.

I enjoy the little lessons for life that are written into the plot about competition, using power wisely, having character and integrity. There is mild violence, but nothing that keeps me from recommending the Cragbridge Hall series to my own little ones.( They were more excited than I was when it came in the mail, and I get pretty excited about books.) Thank you to Shadow Mountain for publishing family friendly, good quality books!

Favorite Quote
“We can’t waste all our energy wishing the past were different–we must learn from it and love forward.” 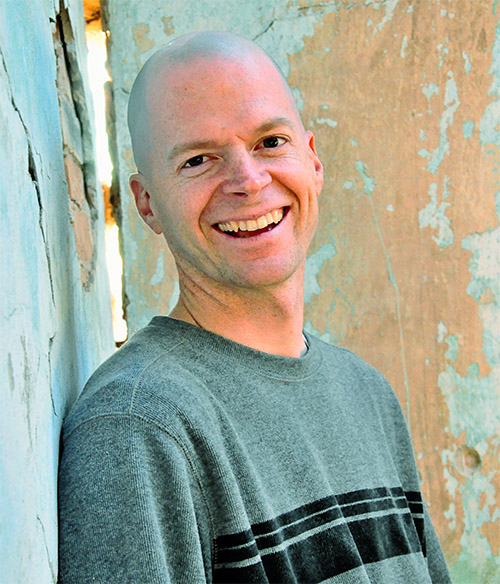 Chad Morris’s debut novel, CRAGBRIDGE HALL, BOOK #1: THE INVENTOR’S SECRET, hit shelves March 5, 2013. This middle-grade romp through a futuristic secondary school is published by Shadow Mountain Press, the originating publishers of such middle grade contemporary favorites as Brandon Mull (FABLEHAVEN series and THE CANDY SHOP WARS), Obert Skye (LEVEN THUMPS series), and Tyler Whitesides (JANITORS series). Chad grew up wanting to become a professional basketball player or a rock star. (Inspired by Animal from The Muppets, he has been banging on drums since he was eight years old.) Neither of those plans quite panned out. After high school, he left the Rocky Mountains to live in Brazil for a few years then returned home to write and perform sketch comedy while going to college. He graduated from BYU with a couple of degrees and became a teacher and a curriculum writer.