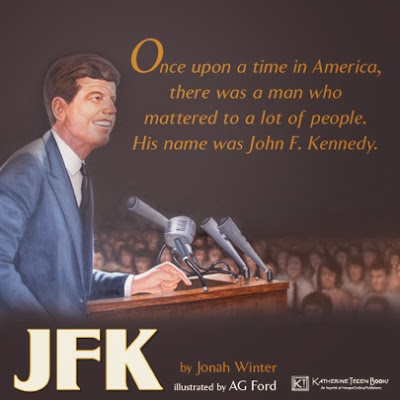 For a limited time, you can read Case File 13 #2 : Making the Team right here on Little Red Reads, thanks to Harper Children’s…

With thrills, chills, and laughs on every page, plus a boy-girl rivalry that will leave you in stitches, this is one frighteningly funny book you don’t want to miss.

In this second book in a middle-grade series that’s “sure to please young readers looking for a thrill” (Kirkus Reviews, starred review), three monster-obsessed friends must take on a mad scientist who is literally stitching together a Frankenstein-esque football team.

Nick, Carter, and Angelo are back to monster business as usual. They’re even filming a monster movie for a school project on Building a Brighter Tomorrow. (There’s a connection there somewhere, they swear.) But when a new private school arrives in town boasting a football team that’s inhumanly good, the boys start to suspect they may have a real monster mystery on their hands. And what’s worse, they may need help from their girl rivals, Angie, Tiffany, and Dana, to get to the bottom of it.

Book Description
You hold in your hands a most frightening file.

Through extensive research and firsthand accounts, I have compiled everything you need to know about case file 13. In this book, you will find the next grisly adventure of three boys whose monster knowledge led them down a path so dark, so dangerous—

Excuse me, aren’t you forgetting about the three girls who knew way more about monsters?

Get real, Angie. It’s not his fault you girls are so forgettable.

No fighting! You all showed bravery in the face of ghosts, grave robbers, and even mad scientists in this volume alone, and that proves you’re all extraordinary.

It’s just that the boys are more extraordinary.

You hold in your hands a most frightening file, chronicling the adventures of three awesome boys whose superio monster knowledge made them way cooler than the girls. This is the second volume. Read on if you dare. . . .

About the author: J. Scott Savage has been hunting and writing about monsters for as long as he can remember. His mother believes his first word might have been “lycanthrope,” and the first thing he bought with the money he earned delivering newspapers was a six-foot plastic Frankenstein monster. Currently he lives with his undead wife, Jennifer, his shape-changing sons, Jacob and Nicholas, and a collie named Pepper that howls at full moons and joins him on his frequent midnight graveyard excursions. When he is not researching grisly and gruesome facts, he enjoys reading, writing, and exploring the outdoors. Savage is also the author of the middle-grade fantasy series Farworld.

He loves hearing from his fans at http://www.jscottsavage.blogspot.com/
﻿
Harper Collins has just announced three Gail Carson Levine titles which are now available in Ebook form! 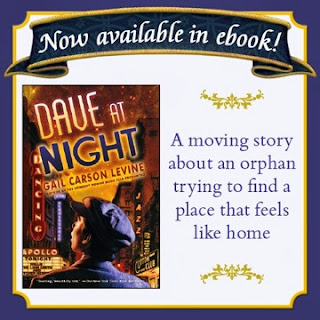 If nobody wants him, that’s fine.He’ll just take care of himself.
When his father dies, Dave knows nothing will ever be thesame. And then it happens. Dave lands in an orphanage—the cold and strict Hebrew Home for Boys in Harlem—far from the life he knew on the Lower East Side. But he’s not so worried. He knows he’ll be okay. He always is. If it doesn’t work out, he’ll just leave, find a better place to stay. But it’s not that simple.
Outside the gates of the orphanage, the nighttime streets of Harlem buzz with jazz musicians and swindlers; exclusive parties and mystifying strangers. Inside, another world unfolds, thick with rare friendships and bitter enemies. Perhaps somewhere, among it all, Dave can find a place that feels like home. 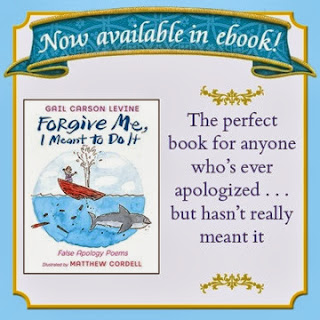 Forgive Me, I Meant to Do It: False Apology Poems

This Is Just to Say
If you’re looking for a nice happy book
put this one down and run away quickly
Forgive me sweetness and good cheer are boring
Inspired by William Carlos Williams’s famous poem ”This Is Just to Say,” Newbery Honor author Gail Carson Levine delivers a wickedly funny collection of her own false apology poems, imagining how tricksters really feel about the mischief they make. Matthew Cordell’s clever and playful line art lightheartedly captures the spirit of the poetry. This is the perfect book for anyone who’s ever apologized . . . and not really meant it. 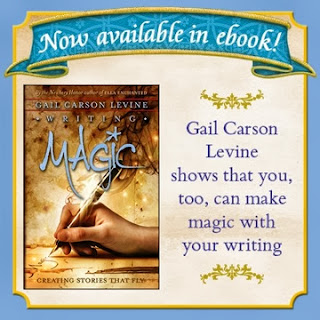 Do you want to write stories that catch your readers and never let go? Have you ever wondered how to create a book as magical as Ella Enchanted, as touching as Dave at Night, as captivating as Fairest?
Well, now you can find out! In Writing Magic, Newbery Honor author Gail Carson Levine shares her secrets of great writing. She shows how you, too, can get terrific ideas for stories, invent great beginnings and endings, write sparkling dialogue, develop memorable characters—and much, much more. She advises you about what to do when you feel stuck—and how to use helpful criticism. Best of all, she offers writing exercises that will set your imagination on fire.
With humor, honesty, and wisdom, Gail Carson Levine shows you that you, too, can make magic with your writing.