Here are the fun picture book and easy reader titles Heather picked up from Book Expo America 2013. She’ll be adding all of her new books on Goodreads later this week if you want the break down.
Head on over to Fire and Ice for the YA, adult BEA book box edition tomorrow. 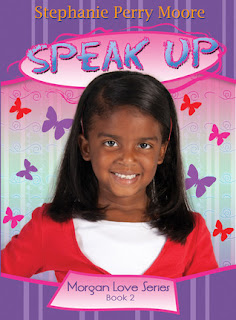 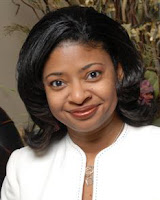 About the Author: Stephanie Perry Moore is a Christian fiction novelist that is truly from the South. She was born in South Carolina, raised in Virginia, educated in Alabama, and now resides in Georgia. She has penned over 35 inspirational titles set in this part of the country.
She is the trailblazing author of the Payton Skky series, the first African-American Christian teen series. Her other young adult titles are the Laurel Shadrach series, the Carmen Browne series, the Perry Skky Jr. series and Faith Thomas ‘NovelZine’ series. The sassy, urban collegiate Beta Gamma Pi series and the hip, teen Yasmin Peace series were released in 2009-10. Her newest series is the adorable Morgan Love series. She and her husband will release the Alec London series for kids in the fall of 2011.
Her heart beats for adults as well. For this market she has penned Flame, an Essence best seller-A Lova’ Like No Otha’, Chasing Faith, and her newest release, Wearing My Halo Tilted.
She also was the General Editor for Nia Publishing. She produced the Women of Color Cookbook, the Men of Color Study Bible, the Wisdom and Grace Bible for Young Women of Color, the Strength and Honor Bible for Young Men of Color, the Women of Color Devotional Bible and the African-American Family Bible. She was the Co-Editor for the BibleZine, REAL, published by Thomas Nelson and is currently working on a new African-American women’s bible project.
She is a motivational speaker and community activist. She is working on several film projects. Among them she has a development deal with Turner Entertainment Networks and she is the Executive Producer/Creator for a web show called Locker Jam.
She lives in the greater Atlanta area with her husband, Derrick, a former NFL player and current sports chaplain for Georgia Tech Athletics. They have three children; Dustyn (16), Sydni (14) and Sheldyn (12).
She considers it an honor and a calling to write for the Lord.
Learn more on Goodreads/ her website/ her blog
In honor of April being Autism Awareness Month, Little Red Reads brings you some links of books available for children about autism. We will in the future also address sensory processing disorder, anxiety, ADD and other special needs. But our first post includes these links of books especially for children with Autism Spectrum Disorders. For parenting autism resources, check Heather’s site Parenting Partner.
Next Page »