Little Red Reads is happy to be hosting a spot on the THE ENTHRONEMENT by Charity Mae Blog Tour hosted by Rockstar Book Tours. Make sure to enter the giveaway! 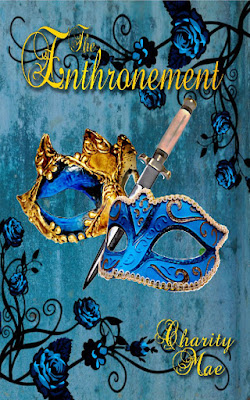 Title: THE ENTHRONEMENT (The Enthronement Series #1)

Five-hundred years bloody of civil war ends in massacre or redemption based on the heart of one actress who never wanted this power.

Kascia is shattered when they ask her to join the Enthronement. She wanted nothing more than her planned out life performing at the theater and marrying the man she’d been betrothed to since she was a young girl. But she’s left broken and unsure of her existence when the men in her life, who should have loved her, pressure her to join the Enthronement – a contest to prove one girl a true princess and marry the crown prince – so she can let her father’s rebels in to assassinate the royal family.

But Kascia loses all confidence in the truths she once held dear as she enters the palace and find the royal family are not the greedy slobs she’d believed whose ancestors had started a 500-year long civil war by raising the taxes to insane rates all at once. Taxes that are still in place. She doesn’t just find the prince innocent and endearing, but the king is more a lovable slightly inappropriate grandfather than a hard-fisted tyrant. The queen isn’t a cold overload but an elegant though overbearing mother anxious to protect her family and her people.

Can Kascia let her father assassinate the royal family when they aren’t what the people believe? If the royal family aren’t encouraging the bloodshed, who is? Or is there a reason this spark between them is forbidden?

Kascia must find the answers in time. But can she before the time runs out? Or will the blood be on her hands when the war kills every last man, woman, and child left in Purerah?

The Enthronement is a young adult fantasy romance with dystopian and dark fantasy elements is sure to delight fans of The Hunger Games, The Enthronement, and Matched. Don’t miss this best-selling fairytale retelling of The Princess and the Pea.

Enter a world of glittering gowns, treacherous contestants, and royal secrets by clicking the Buy Now button above and find the truth of 500 years of civil war. 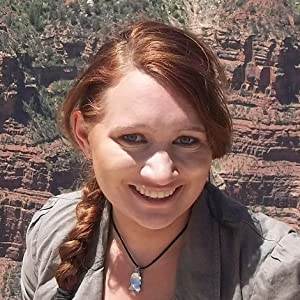 When she’s not reading and writing, she enjoys making and watching YouTube videos, gaming (mostly Legend of Zelda and Pokemon), Shark Week, hiking, swimming, and sitting outside while working on projects.

Her works are calculated to be lifting. Works that bring inspiration, escape, and hope. A story can be dark and painful but there is always hope in the end. That’s what we all need to believe to find happiness in the storm. It’s why dancing in puddles is so fun! We take a moment to stop and smell the roses we’ll all be happier. We all need an escape now and then.

1 winner will receive a exact replica of the dagger that’s on the book cover. Comes with the same kind of scabbard that’s mentioned for it in the book, US Only.