I am thrilled to be hosting a spot on the THE FOWL TWINS: GET WHAT THEY DESERVE by Eoin Colfer Blog Tour hosted by Rockstar Book Tours. Check out my post and make sure to enter the giveaway! 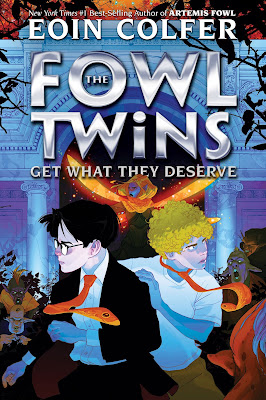 Title: THE FOWL TWINS: GET WHAT THEY DESERVE (The Fowl Twins #3)

Irish Twins Myles and Beckett, Artemis Fowl’s younger brothers, return in their third and most bizarre adventure yet.

For almost two years, Lord Teddy Bleedham-Drye, the Duke of Scilly, has been plotting revenge against the Fowl Twins, who humiliated him in Book One. Teddy plans to give them exactly what they deserve: permanent death.

He threatens Myles with his weaponized jet and Beckett and Specialist Lazuli succeed in disarming the aircraft and causing an accident that kills the duke. But does it really?

Ghosts, clones, and fairy magic come to play in this ultimate and ridiculous showdown between the twins and their worst enemy.

Grab the first two books in the series now! 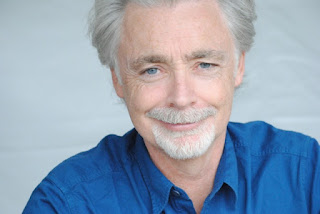 Eoin Colfer is the author of the New York Times best-selling Artemis Fowl series, which was adapted into a major motion picture from the Walt Disney Studios. He also wrote the critically acclaimed WARP trilogy, and many other titles for young readers and adults, including Iron Man: The Gauntlet, Airman, Half Moon Investigations, Eoin Colfer’s Legend of . . . books, The Wish List, Benny and Omar; and Benny and Babe. In 2014, he was named Ireland’s laureate for children’s literature. He lives with his wife and two sons in Dublin, Ireland, where he is working on the next Fowl twins novel. To learn more, visit www.eoincolfer.com. He is also on Twitter and Instagram @EoinColfer.

3 winners will win a finished copy of THE FOWL TWINS: GET WHAT THEY DESERVE, US Only.