Little red reads is hosting today’s stop on the JADIE IN FIVE DIMENSIONS by Dianne K. Salerni Blog Tour hosted by Rockstar Book Tours. Check out my post and make sure to enter the giveaway! 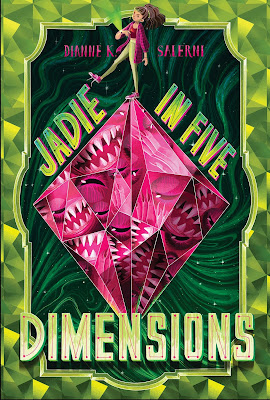 A thirteen-year-old girl seeks answers about her past in the fourth dimension–and beyond–in this think-outside-the-box adventure.

What do you do when it turns out your whole life has been a lie?

Jadie Martin was always told she was abandoned by her parents. Creatures from the 4th dimension rescued her and placed her with a loving adoptive family. Now, Jadie acts as an agent for the beings, also known as Seers. She uses the 4th dimension as a short-cut to travel anywhere on Earth, performing missions calculated to guide the world toward a brighter future.

But then Jadie discovers that her origin story is fake. In reality, her birth family has suffered multiple tragedies and disasters engineered from 4-space, including the devastating loss of their baby girl. Her!

Doubting the Seers, Jadie starts anonymously observing her long-lost family. Why are they so important? What are the true intentions of the Seers? And what will all-powerful four-dimensional beings do to a rebellious human girl when they realize she’s interfering with their plans?

A Wrinkle in Time meets Flatland in this thrilling journey that challenges the meaning of family, loyalty, and our universe at large.

“Salerni offers a page-turning adventure tale and adeptly breaks down the math and science elements behind multidimensional theory for middle-grade readers. The book also has heart, touching on the emotional lives of two adopted 13-year-olds and the true meaning of family.”—Booklist

“A complex, engaging sci-fi adventure that offers a different perspective on our world, literally from a dimension beyond.”—School Library Journal

REVIEW: Jadie in Five Dimensions explores dimensional travel and physics in a simplified way with illustrations. A science fiction tale set in several different settings and told from more than one point of view, it felt similar like A Wrinkle in Time, yet less sinister and dark. I enjoyed the world building and suspense as Jadie tries to find the meaning behind her mean course corrections and tasks. The pacing kept me interested until the very end, my only wish was for the parents and best friends characters to be a little more fully fleshed out. Overall, it was an interesting jaunt out of my usual genre that kept me hooked. Thanks to Rockstar and Holiday House for the advanced reading copy. These views are my own. Trigger and content warnings: kidnapping, swearing, carjacking, death. 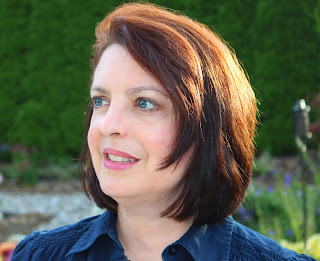 Dianne K. Salerni has written many books for children and young adults, including state-award nominated series The Eighth Day and Junior Library Guild selection Eleanor, Alice, and the Roosevelt Ghosts. She attended the University of Delaware and the University of Pennsylvania before teaching fourth and fifth grades for many years. Now Dianne spends her time hanging around creepy cemeteries, climbing 2,000-year-old pyramids for book research, and volunteering at her local rescue animal shelter.

3 winners will receive a finished copy of JADIE IN FIVE DIMENSIONS, US Only.