Little Red Reads is happy to be hosting a spot on the ARU SHAH AND THE CITY OF GOLD by Roshani Chokshi Blog Tour hosted by Rockstar Book Tours. Check out my post and make sure to enter the giveaway! 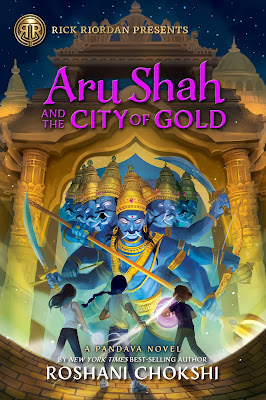 Title: ARU SHAH AND THE CITY OF GOLD (A Pandava Novel Book 4)

Aru Shah and her sisters–including one who also claims to be the Sleeper’s daughter–must find their mentors Hanuman and Urvashi in Lanka, the city of gold, before war breaks out between the devas and asuras.

Aru has just made a wish on the tree of wishes, but she can’t remember what it was. She’s pretty sure she didn’t wish for a new sister, one who looks strangely familiar and claims to be the Sleeper’s daughter, like her.

Aru also isn’t sure she still wants to fight on behalf of the devas in the war against the Sleeper and his demon army. The gods have been too devious up to now. Case in point: Kubera, ruler of the city of gold, promises to give the Pandavas two powerful weapons, but only if they win his trials. If they lose, they won’t stand a chance against the Sleeper’s troops, which will soon march on Lanka to take over the Otherworld.

Aru’s biggest question, though, is why every adult she has loved and trusted so far has failed her. Will she come to peace with what they’ve done before she has to wage the battle of her life?

PRAISE FOR ARU SHAH AND THE TREE OF WISHES

Praise for Aru Shah and the End of Time:

“An imaginative novel that puts girl power and diverse protagonists front and center.”

“Roshani Chokshi spins a modern-day fairy tale that adults and children will love.”-Bustle

Grab the first 3 books in the series!

REVIEW: Aru Shah and the City of Gold reads like a movie…it is action packed! The Pandavas are back together with a new sidekick Kara, they have to learn to trust. The interactions with Aiden and Aru are my favorite parts. Magical. This is a great pick for middle grade readers who want to be introduced to rich cultural references. I would recommend reading the entire series, since picking up the series for the forst time at book four was a lot to take in. There are authentic names, Hindu folklore and a fast moving storyline. I enjoyed Aru Shah and the City of Gold! Trigger warning: some absent and dishonest parental moments. Thanks so much to Disney and Rockstar for the review copy! 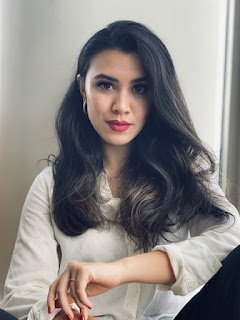 3 winners will receive a finished copy of ARU SHAH AND THE CITY OF GOLD, US Only.