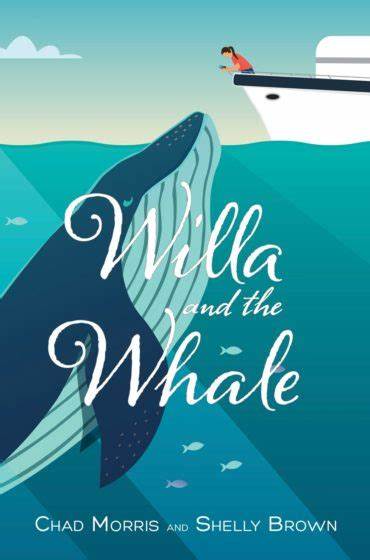 Can a whale talk to a human? Willa thinks so . .

After losing her mom, Willa is grieving and having a hard time living with her dad and his new family on an island off the coast of Washington State. Her dad tries to cheer her up by taking her whale watching, something Willa's mom used to do.
While all the passengers are on one side of the boat, Willa encounters a humpback whale on the opposite side. Willa feels so lonely that she starts to talk to the whale and the whale talks back!

The whale, named Meg, quickly becomes a trusted friend and confidante Willa can speak to whenever she's by the ocean.

Meg offers sound advice Willa needs about dealing with a nemesis at school and trying to figure out why her friend Marc is keeping secrets about his family life.
Before the story ends, it will take all of Willa's courage and connections to tackle a problem that's as big as a blue whale!

Chad Morris grew up wanting to become a professional basketball player or a rock star. Neither of those plans quite panned out, so he wrote and performed sketch comedy while going to college. Now he&;s a teacher and a writer.

Shelly Brown loves to write books for children. In her spare time, she enjoys the theater and traveling. In addition to her five children, she has three chickens and sixty-four Pez dispensers.