I am thrilled to be hosting a stop on the MIDNIGHT ON STRANGE STREET  by K.E. Ormsbee Blog Tour hosted by Rockstar Book Tours! Check out my post and make sure to enter the giveaway! 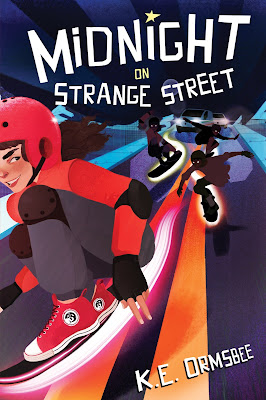 AVERY MILLER is looking for a fresh start, away from all the bomb sirens and talk of war in Los Angeles. She expects to find a haven in Callaway, Texas, where the cool new substance “glow” was first discovered. What she doesn’t count on is making friends with glowboard skaters Dani, Bastian, and Lola, aka the Sardines. . . .

DANI HIRSCH, captain of the Sardines, knows for a fact they’re the best glowboarding team in Texas—if only they could prove it. Nothing will distract Dani from leading the team to victory at this summer’s big race. Not even food explosions in the school cafeteria, or a mysterious midnight message, or secretive government workers in Callaway. . . .

BASTIAN GIL is sick of the bullies who tease him for being a Sardine, for being different. Sure, he and his twin sister, Lola, can share thoughts. That’s just twin telepathy, though—nothing too weird, right? But when Bastian finds he can do even stranger things, he starts to wonder if maybe he really is different from the other kids at school. . . .

LOLA GIL wants life to go back to normal, to a time before big glowboard races and government investigations. But the more the Sardines discover about themselves—like how they can share thoughts and move objects with their minds—the more Lola begins to fear there was never anything normal about her. . . .

When the Sardines receive an ominous, otherworldly message, they must decide if they’ll use their newfound powers to stop an impending disaster—one that could have more to do with the war, their bullies, and glowboarding than they can possibly imagine. 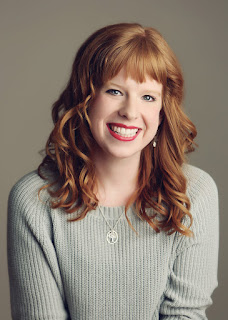 K.E. Ormsbee likes clothes from the 60s, music from the 70s, and movies from the 80s. She is from the 90s. You can visit her online at keormsbee.com or follow her on Twitter & Instagram @kathsby.

Giveaway Details:
3 winners will receive a finished copy of MIDNIGHT ON STRANGE STREET, US Only. 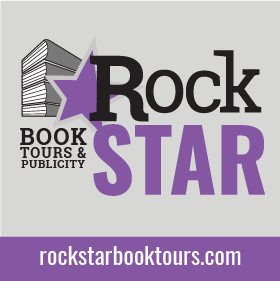 Dani didn’t slow down. She wrapped her legs around the branch, hoisting herself and, without pause, throwing her hands out to catch the next branch up.

One of her hands did not catch.

What happened next happened very quickly. Lola raised her hands to her mouth. Bastian shouted at Dani’s descent. And Avery thought, No, she can’t hit the ground.

The way Dani had thrown out her arms, the way she had twisted her back—Avery couldn’t bear to watch the impact. Stubbornly she kept thinking it: Dani can’t hit the ground, she can’t, she can’t, she won’t.

That’s when something inside Avery began to burn. It was a sensation she’d first felt at her old school in LA. It was the heat between her stomach and her heart that burned every time she skated downhill on a curve. She felt the blue light’s energy, and suddenly she saw it, pulsing out of her. It washed around Avery, poured over the branches like water, rushed under Dani’s back and cradled her in its arms.

Then, in a snap, everything was fast and loud again.