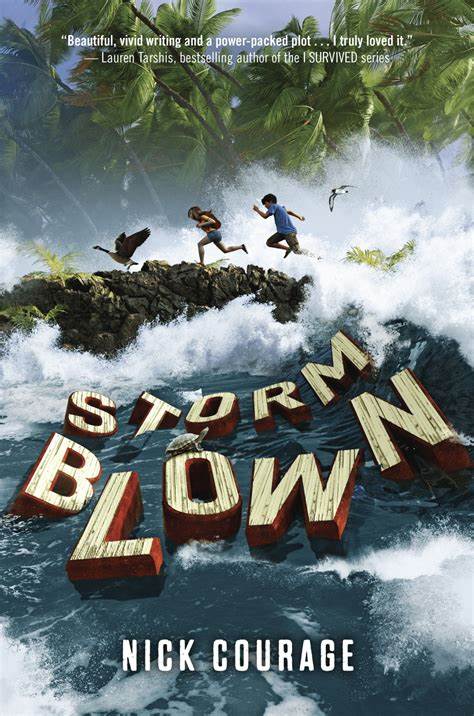 A little rain and wind don’t worry Alejo–they’re just part of life at the beach. As his padrino says, as long as there are birds in the waves, it’s safe. When people start evacuating, though, Alejo realizes things might be worse than he thought. And they are. A hurricane is headed straight for Puerto Rico.

Emily’s brother, Elliot, has been really sick. He can’t go outside their New Orleans home, so Emily decides to have an adventure for him. She’s on a secret mission to the tiny island Elliot loves. She’s not expecting to meet up with an injured goose or a shy turtle. And nothing has prepared her for Megastorm Valerie. Soon Alejo and Emily will be in Valerie’s deadly path. Who will survive?

Nick Courage is a New Orleans-born writer and aspiring skateboarder who splits his time between Brooklyn and Pittsburgh, where he lives with his wife and two cats. His work has appeared in the Paris Review and Writer’s Digest. When he’s not writing (or skating behind the library), Nick likes to ride his bike as far as he can–past the city, to the woods or the beach. Follow his adventures on Instagram and Twitter!