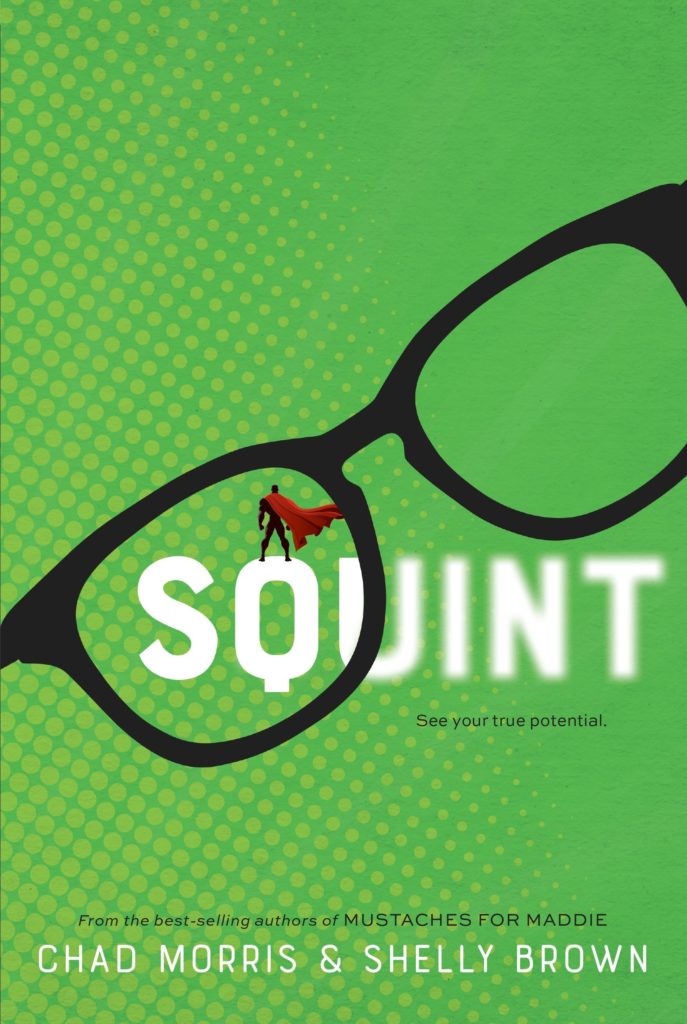 My name is Flint, but everyone in middle school calls me Squint because I’m losing my vision. I used to play football, but not anymore. I haven t had a friend in a long time. Thankfully, real friends can see the real you, even when you can’t clearly see.
Flint loves to draw. In fact, he’s furiously trying to finish his comic book so he can be the youngest winner of the Find a Comic Star contest. He s also rushing to finish because he has keratoconus an eye disease that could eventually make him blind.

McKell is the new girl at school and immediately hangs with the popular kids. Except McKell’s not a fan of the way her friends treat this boy named Squint. He seems nice and really talented. He draws awesome pictures of superheroes. McKell wants to get to know him, but is it worth the risk? What if her friends catch her hanging with the kid who squints all the time?

McKell has a hidden talent of her own but doesn’t share it for fear of being judged. Her terminally ill brother, Danny, challenges McKell to share her love of poetry and songwriting. Flint seems like someone she could trust. Someone who would never laugh at her. Someone who is as good and brave as the superhero in Flint’s comic book named Squint.

Squint is the inspiring story of two new friends dealing with their own challenges, who learn to trust each other, believe in themselves, and begin to truly see what matters most.

Chad Morris grew up wanting to become a professional basketball player or a rock star. Neither of those plans quite panned out, so he wrote and performed sketch comedy while going to college. Now hes a teacher and a writer.

Shelly Brown loves to write books for children. In her spare time, she enjoys the theater and traveling. In addition to her five children, she has three chickens and sixty-four Pez dispensers. Their previous book is Mustaches for Maddie.