What kind of creature can steal from you? Join Ethan and Emily Tuttle in their exciting third adventure, as they uncover the curious mystery of how a powerful creature is stealing their grandparents’ hard-earned savings, and how the twins are also being controlled by the same creature—without even knowing it!

In honor of the classic The Creature from Jekyll Island by G. Edward Griffin, this book introduces children to the history and nature of money, banking, inflation, savings, and bartering in an informative and entertaining format that both educates and excites its young readers!

We used Tuttle Twins book 3 as part of our home school lesson about banking, inflation and the rise of prices. My 7 year old especially appreciated the purple creature from Jekyll Island illustrated in bright colors. The older children were amazed to learn that the ridges on coins are used to prevent others from taking shavings off the side and using the metal to make more money. Our family took turns reading aloud which was the one suggestion we might make, it was a but long to digest in one read. Overall, I am pleased with the principles of liberty they absorbed and their understanding of how big government and too much lawmaking can interfere with future generations. We are fans of the Tuttle Twins series and recommend them as helpful tools for all ages. 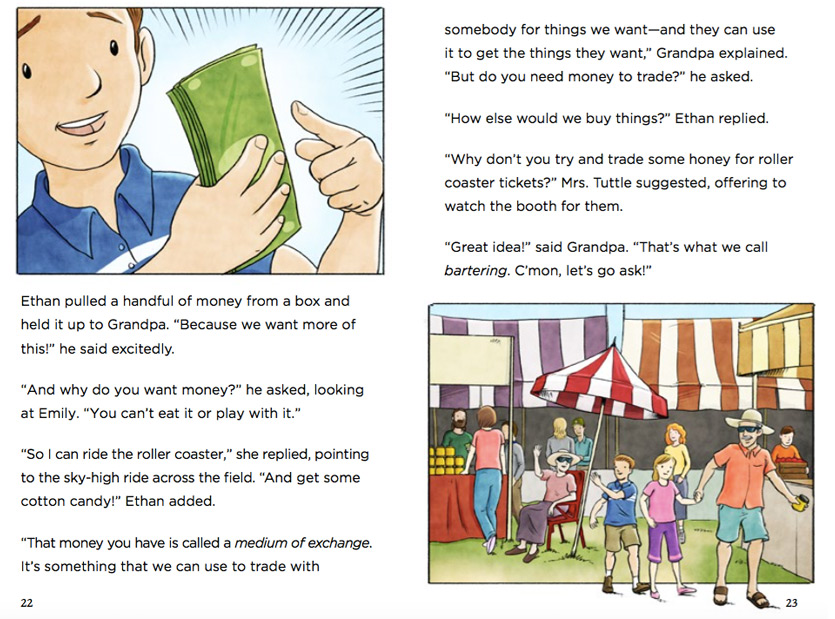