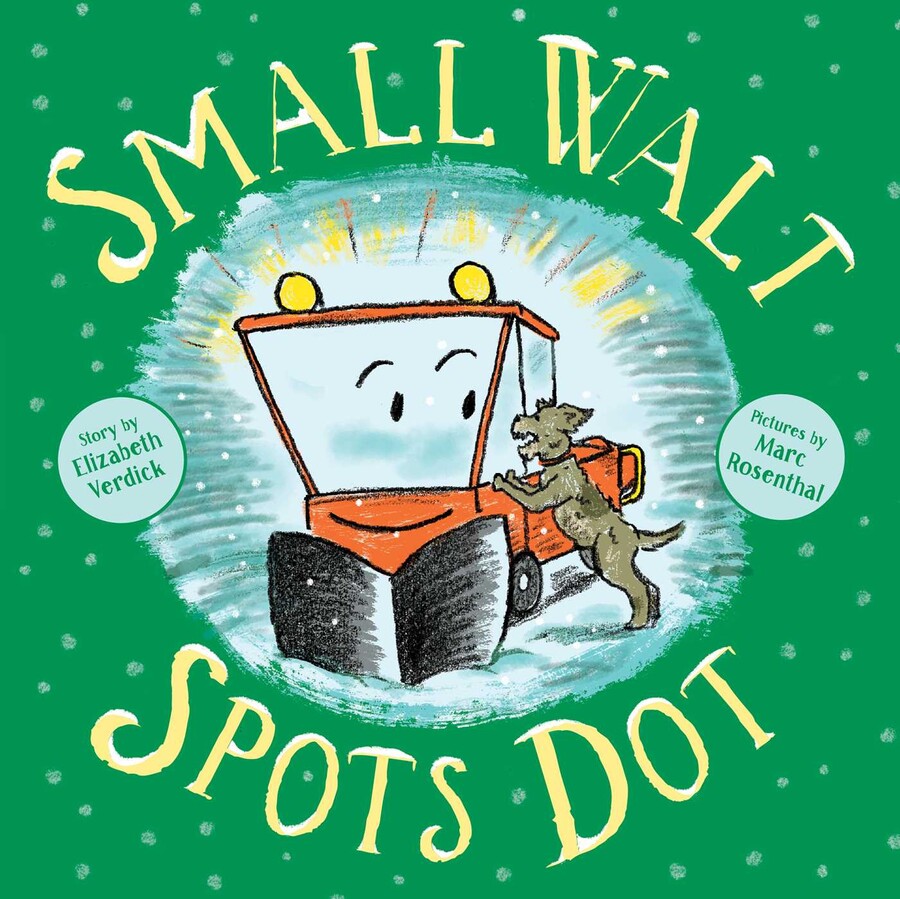 Small Walt meets a stray puppy in this irresistible companion to Small Walt, which Kirkus Reviews called “charming and endearing” in a starred review.

We’re Gus and Walt.
We plow and salt.
No job’s too small.
We give our all!

Walt and his driver Gus are plowing a parking lot when the see—whoa! What’s that? A blur of fur! Pup on the loose! Can snowplow Small Walt and driver Gus save the stray and save the day?

We cozied up to Small Walt Spots Dot on a cold winter day and found it to be a charming read aloud. With illustrations that reminded us a bit of Curious George, it has a dog zipping in and out. Walt is trying to salt and plow but he’s worried about the brown blob who may cross over in front of his neat path. My toddler was also a bit concerned with the situation the dog finds himself in, but there is a happy ending! Walt’s owner will warm your heart.

Elizabeth Verdick has written more than thirty books for toddlers to teens. She collaborated with Marc Rosenthal on Small Walt, which KirkusReviews called “reminiscent of Virginia Burton’s classics” in a starred review; and its sequel, Small Walt and Mo the Tow. She is also the author of Bike & Trike, illustrated by Brian Biggs. She is a graduate of the Hamline University MFA program and lives in Woodbury, Minnesota. Learn more at ElizabethVerdick.com.

Marc Rosenthal is the New York Times bestselling illustrator of many books for children, including Small Walt by Elizabeth Verdick; the Bobo series by Eileen Rosenthal; The Straight Line Wonder by Mem Fox; and Phooey!, which he wrote. Marc’s illustrations can be seen regularly in The New Yorker, Time, Forbes, Fortune, The Atlantic, The New York Times, The Boston Globe,The Washington Post, and others. Visit him online at Marc-Rosenthal.com.